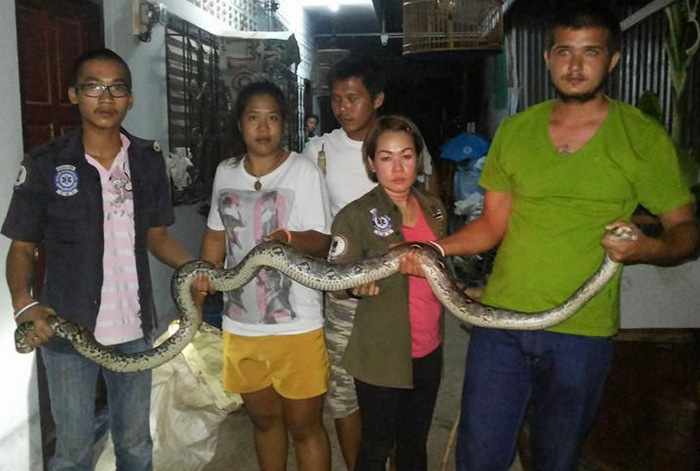 PHUKET: A three-meter long python’s attempt to crash a World Cup viewing party in Phuket early this morning was foiled when the owner of the house called rescue workers to relocate the reptile.

“I was watching the Brazil-Columbia match at about 4:30am when I heard a sound in front of my house,” said Boonrit Jitkeaw, owner of the house in KT Chaofa Garden Home in Chalong.

“I thought there might be someone out there so I went to the front door. When I opened it, I saw a big python lying there.

“I called the Phuket Ruam Jai Rescue Foundation to come catch the snake and release it somewhere away from people’s homes.”

Rescue workers arrived shortly after and were able to catch and bag the reptile.

“The rescue workers said they were taking the python to release it somewhere in the Nakkered Hills, safely away from any homes,” Mr Boonrit said.