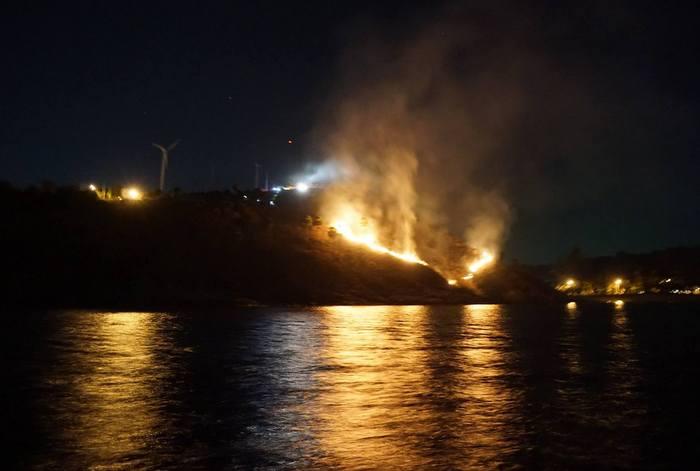 PHUKET: A sky lantern released on Valentine’s Day left the hillside between Ya Nui and Nai Harn Beach in flames.

“The lantern was released from Promthep viewpoint. However, a shift in the wind caused it to crash back into the hill,” explained Jessica Lee, who witnessed the event from a sailboat anchored off Nai Harn.

It took firefighters more than four hours to extinguish the flames, said Surachai Soison of the Rawai Municipality Fire Department.

“We had two firetrucks and ten firefighters battling the flames. However, we ran out of water and had to refill from the pond behind Rawai temple,” Mr Surachai said. “The fire was near the windmill but it didn’t cause any damage there. Luckily, there are no houses in that area and nobody was injured.”

No one is supposed to release lanterns without permission from the municipality, Rawai Mayor Aroon Solos told the Phuket Gazette.

“Despite the law, vendors still try to sell lanterns to tourists,” Mr Aroon said. “We would like to request people to either not buy them at all or to seek permission first.”