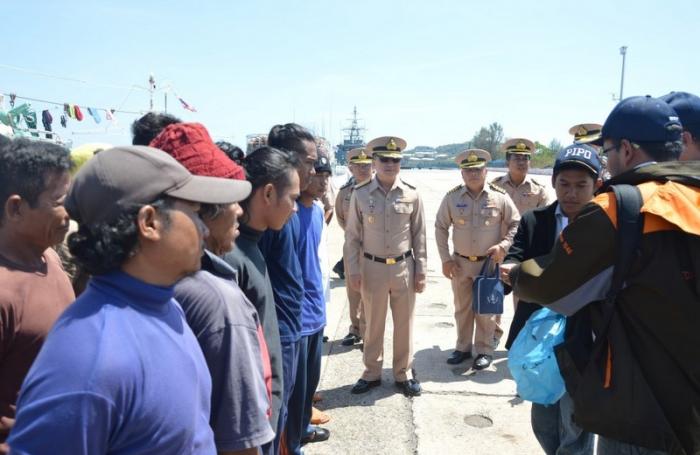 “The two boats were captured at about 9pm on Saturday night, about 96 nautical miles south of Phuket. Both had failed to report at Phuket’s Port in-Port out Control Center when they departed,” confirmed Vice Admiral Sayan Prasongsamrej, commander of the Royal Thai Navy Third Area Command.

The vessels, Yu Long 6 and Yu Long 125, were returning from tuna fishing in the Indian Ocean and had a crew of 15 people each. They were piloted by Taiwanese captains Hsia Chien Jen, 50, and Chen Tai Shan, 52, respectively. Most of the crew members were Indonesian and Singaporean, confirmed V/Adm Sayan.

“We escorted the boats to the Phuket Deep Sea Port for further investigation,” he added.

The incident comes in the wake the Royal Thai Navy seizing two fishing vessels on February 1, after they returned from suspected IUU tuna fishing in the Indian Ocean (story here).