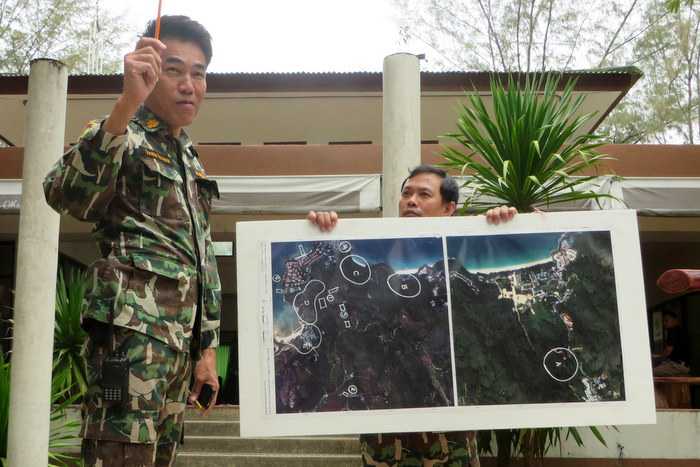 The accused officials had been involved in issuance of illegitimate land deeds and documents since 1987, department head Theerapat Prayurasiddhi said.

Eight of the officials are being pursued for their alleged roles in title deeds for 70 rai of land, worth 2bn baht, in the protected forest near Freedom Beach, Mr Theerapat said (story here).

“Two [officials] were from the Forestry Department and six others from the Land Department,” Mr Theerapat said.

The other eight officials are to be charged for their alleged participation in the illegitimate issuance of Sor Kor 1 land possession documents inside Sirinath National Park.

Mr Theerapat said that the documents could be used to apply for title deeds for over 300 rai of land worth 6bn baht in the Sirinath National Park.

The investigation team would forward the cases to the Royal Thai Police for further investigation by next month, Mr Theerapat said.

The land encroachment probes are among of the National Council for Peace and Order’s (NCPO’s) top priorities – to recover land seized by influential groups.

So far, about 50,000 rai of land has been reclaimed nationwide.

Sukhothai province had 4,000 rai of land that had been encroached on, while Lampang had 3,600 rai andSaraburi had 3,100 rai, Mr Theerapat said.

Brigade of Krabi officials tear down more than 100 illegal structures