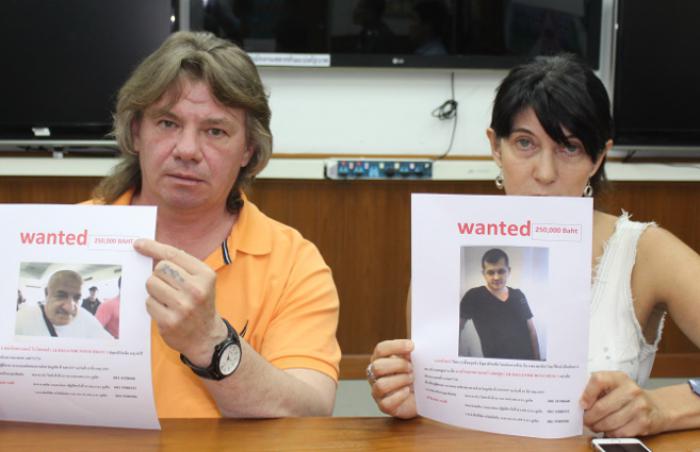 PHUKET: The sister of missing Russian Alexey Slabinskiy has offered half a million baht for information leading to the arrest of the two men believed to be involved in his disappearance. An additional 100,000 baht is offered to whoever finds her brother.

“She offered 500,000 baht for information leading to the arrests of Ukrainian Olexsande Boychuk, 44, and Russian Aleksandr Novichkov, 58,” Col Peerayuth told the Phuket Gazette.

“Our investigation team is searching for Mr Slabinskiy and the two suspects. I have asked Ms Novoselova to have confidence in us. We will get them,” he affirmed.

Mr Slabinskiy is a kind person with many friends who love him, Ms Novoselova said, adding that part of the reward money was provided by friends.

“I am so sad that this has happened to him. It’s awful to have no idea where he is and whether he is alive or dead,” Ms Novoselova said.

“I beg the police to please find my brother. I haven’t given up hope that he is still alive,” she said.

Ms Novoselova also asked the media to check facts thoroughly before publishing them.

“Some media reported that my brother was found. In fact, he was not,” she said.

Anyone with information about the suspects or Mr Slabinskiy, please contact Phuket Provincial Police Inspectors Prawit Engchuan at 081-4158668 or Lt Col Padet Ngamlamom at 081-5588232.