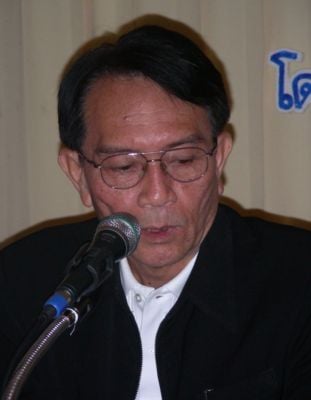 “This is a problem in many provinces, not just Phuket. Thieves often sell stolen property to secondhand-goods stores for cash. We need government officers and police to work together and check these shops to make sure they follow the law,” K. Piya said.

He added that in recent months many shops in Phuket had been found with stolen property on their premises.

“There are more than 200 registered secondhand-goods stores in Phuket, and many still buy stolen government property, such as copper cable and water meters, the same things you read about in the news,” K. Piya said.

“We need to force secondhand-goods store owners to stop accepting these kinds of goods and charge them where necessary. We will warn them first, then charge them if they continue to ignore the law,” he added.

Shops will have to keep records of what is bought, including a description of the item, the date of purchase, the amount paid and – more importantly – who the item was bought from, proved by copy of the seller’s ID card.

Owners of illegal secondhand-goods stores will be given a grace period within which to register their businesses, K. Piya said, after which they will face legal action if found still operating illegally.

“For shops that have bought things from suspects who are currently on trial for theft, we will wait for the court to deliver its verdict. If the suspects are found guilty, we will then consider whether the store that bought the stolen goods should be allowed to continue trading,” K. Piya explained.

To revoke a business license would require approval from the governor, he added.

According to the Thai Penal Code, the current maximum penalty for receiving stolen property acquired without an act of violence is a fine of up to 20,000 baht or up to 10 years in jail, or both. The minimum punishment is a fine of no less than 1,000 baht and no less than six months in jail.