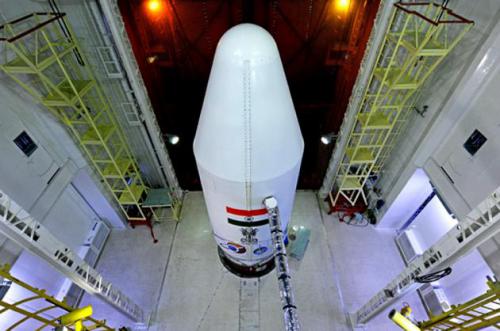 PHUKET: Ships and planes were warned yesterday to stay away from the Phang Nga coast, north of Phuket, on November 5 as India will launch a rocket that might jettison a fuel tank into the area.

“India’s space center told us that the launch would possibly be on November 5, because the weather on that day is expected to be suitable for the mission,” said Anond Snidvongs, executive director of the Geo-Informatics and Space Technology Development Agency (GISTDA).

The Satish Dhawan Space Centre at Sriharikota in Andhra Pradesh alerted GISTDA that its Mars orbiter spacecraft would tentatively lift off between October 21 and November 20. Once launched, the C25 Polar Satellite Launch Vehicle will release five huge fuel cylinders after they are spent and all of them are expected to fall into the ocean.

“Our calculations indicate that the fifth tank could possibly land in the Andaman Sea, about 360 kilometers off Phang Nga province. However, it would burn up and its size would be much smaller,” he said.

The risk that it would hit land is very minor, he added.

Aviation and maritime regulatory agencies are usually informed of space missions, so he was not worried about international aircraft and vessels.

“What concerns me is that Thai craft could possibly wander into the area during the period,” he said.

“GISTDA wishes to provide the public with facts and information about the launch to prevent any possible misunderstanding and misinformation that could lead to panic,” he said.

If successful, the mission will make India the fourth space power to have explored the Red Planet after Russia, the United States and Europe.