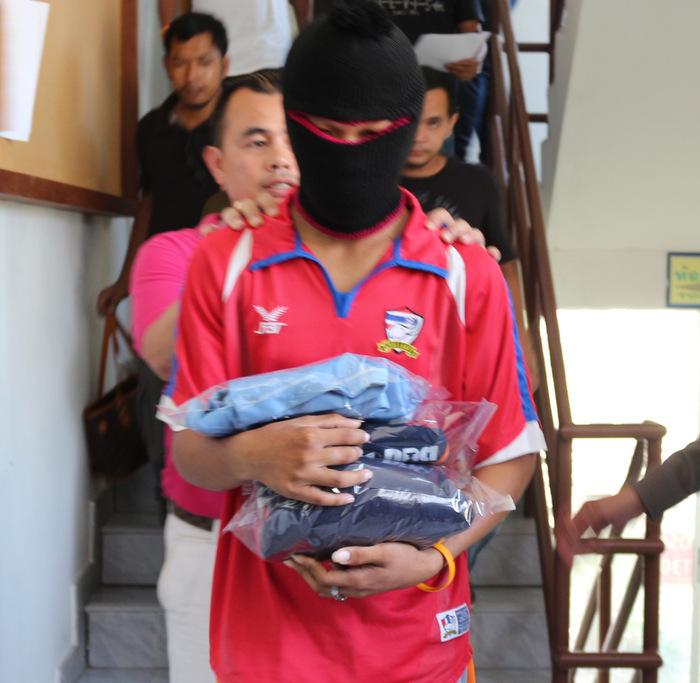 PHUKET: The mother of the pregnant woman raped by twin teenage brothers in Phuket last Sunday night has told the Phuket Gazette how the men ignored her daughter’s pleas for mercy.

“She begged them not to do it, but they didn’t listen,” the mother told the Gazette.

“They didn’t only rape and rob her. They choked her very hard as if they wanted to kill her,” she said.

“They only stopped because passing motorists scared them off,” she added.

The victim – a 25-year-old mother already looking after two children and five months pregnant with her third child – was attacked and raped while riding a motorbike along a dark road between Wat Mai Khao and Thepkrasattri Road at about 10:30pm (story here).

“It feels like someone has stuck a knife through my heart. How could they do that to her? Anyone can see that she is pregnant,” said the victim’s mother, wiping tears from her face.

“I don’t know what to say, those two men broke my heart.”

Staff at Vachira Phuket Hospital confirm that the victim was discharged yesterday afternoon.

“Her brother picked her up and told us that he would be looking after her until she felt safe enough to live by herself,” a staffer at the One-Stop Crisis Center* said.

“The physical health of the woman and the baby are fine. The mother’s broken leg is recovering well and her mental health is stable.

“She was able to converse with us. She managed a smile and even a laugh. However, we have made appointments for her to come to the center for further checkups. She must have further checkups to make sure she will be able to live a normal life.”

The woman’s mother, however, doubts her daughter will fully recover.

“She will suffer for the rest of her life. I do not know if she is strong enough to live a normal life,” she said, adding that her daughter will be reminded of her ordeal every time she passes the scene of the attack.

“She separated from her husband before she knew she was pregnant with their third child. We have heard nothing from him since he left,” the mother explained.

“She looks after the children by herself. He has never given any support.”

Tah Chat Chai Police Superintendent Somchai Sanprasert told the Gazette that his investigators are waiting for test results to confirm whether or not the two rapists have tested positive for drugs.

“We tested the two suspects for drug use. However, we have yet to receive the urine test results,” he said.

Lt Col Somchai declined to confirm or refute the mother’s claim that the two men attempted to strangle her daughter.

The victim’s mother called on police to arrange for the suspects to apologize for the attack in person.

“It can be at either our house or the police station, but I hope police will bring the suspects to apologize to my daughter and the family,” she said.

“I urge everyone who has children to look after them well, to teach them decency. Do not let them go out and do such things.”

Central to that protest were allegations that four police officers struck several teenagers who were brought in for questioning over the attack. The four officers were removed from active duty immediately, and the protest disbanded after negotiations brokered by Phuket Governor Maitri Inthusut (story here).

Governor Maitri is expected to meet with village leaders tomorrow.

* The One-Stop Crisis Center (OSCC) at Vachira Phuket Hospital provides physical and mental treatment; legal assistance; and recovery and rehabilitation services to women and children who are victims of any form of violence.