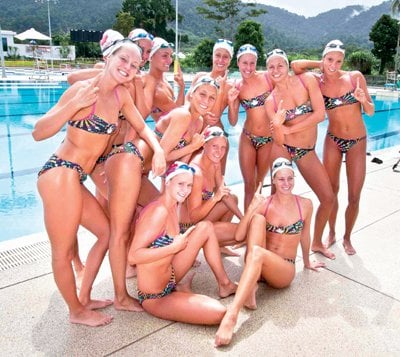 The purpose of such an award is to identify and recognize individuals, teams or organizations whose contributions to raise the profile of sport on Phuket has been outstanding throughout the year.

Every one of these mentioned has delivered excellence through organization and development to their respective sport and the Phuket Gazette is proud to have had the opportunity to support their efforts in 2011 and looks forward to further success in 2012.

Awarding TSLC the honor is due primarily to the efforts of their team in developing a top class facility which has brought a number of high profile players,coaches and events to Phuket. To watch and obtain advice from these professionals has been an incredible opportunity for anyone involved with the development of sport on the island.

On the TSLC highlight reel we saw Juergen Zack, one of the world’s finest triathletes, take up a position as director of triathlon training. He would eventually train Jaray Jearanai of Laguna to become the first Thai athlete to compete at two of the world’s most prestigious triathlons. Juergen is also heavily involved with Laguna Phuket Triathlon and the Ironman 70.3 Asia Pacific Championship, not to mention his triathlon training column for the Gazette.

The Canadian Synchronized Swimming team took up residence at TSLC for a training camp in preparation for the World Championships. It was a privilege to learn of the dedication to become the best from these supreme athletes and Phuket will hope for their success at the London Olympics this year.

Tennis on the island received a massive boost, first with the development of TSLC’s state of the art tennis courts followed shortly by the establishment of their tennis academy which is now headed by Travis Bertram who also provided tennis tips to Gazette readers. It didn’t end there for tennis, and by the end of the year, Virapol Cholvipol, Dave Roberts and Travis had organized Phuket’s first ever ITF professional ranking tournament. This was preceded by TSLC’s first challenge tournament which awarded two local players wild card entries into the pro event to face several of the world’s top players including Thailand’s number one, Danai Udomchoke: a great opportunity for the youngsters.

Two IronKids events have now successfully passed at TSLC organized by Claire Ratcliffe and team. This youth triathlon event encourages children as young as six years to become involved in sport and has reached into Thai schools with the help of corporate sponsorship.

Rugby has seen a number of tournaments and touring matches played on the IRB approved synthetic pitch at TSLC. With the help of George Grecia and Giles Leonard, teams from Singapore, Hong Kong, Malaysia, New Zealand and South Africa have graced the surface with many exciting coaching developments to come this year including a workshop by Australia’s World Cup winning coach, Bob Dwyer.

Any sports round up wouldn’t be complete without football and TSLC has this covered too. Former Thailand captain Therdsak Chaiman visited the facility to give a free coaching clinic while the Adult Futsal League has just finished its eighth season and Brazilian Soccer Schools under the tutelage of Martin Hill continues to provide a quality football experience for boys and girls.

The Phuket Gazette sports team takes this opportunity to express its thanks to all clubs, coaches, organizations and players for a wonderful 2011 in the hope for an even more successful 2012.