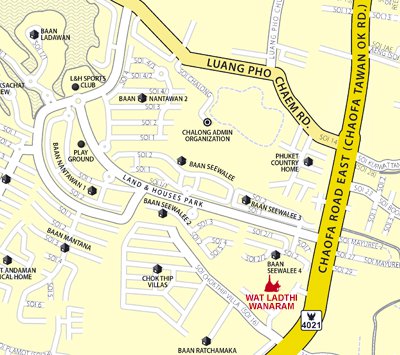 PHUKET: A funeral service for Louis Bronner will be held at Wat Ladthiwanaram in Chalong on Sunday.

Mr Bronner, the renowned general manager of the Boathouse restaurant in Kata, died on Monday after complications from heart surgery.

His remains are being kept at Sala 16 of Wat Thadthong in Bangkok, where friends and family can pay their final respects.

A Buddhist ceremony will be held for him at 6pm tonight. His remains will be cremated at 8pm.

“After Khun Louis’ cremation, his ashes will be carried back to Phuket and a Buddhist ceremony will be held at Wat Tai (Ladthiwanaram Temple), according to his wishes,” said Boathouse PR executive and friend Lies Sol.

At the service on Sunday, a Buddhist prayer ceremony will begin at 10:30am, followed by an alms offering to monks at 11am.

“Boathouse staff and Khun Louis’ friends are all welcome to attend the prayer ceremony at the temple,” said Ms Sol.

In the afternoon, family and close friends will scatter his ashes in a private ceremony on Phang Nga Bay, she added.

Phuket hospital set to open its doors after 11-year wait