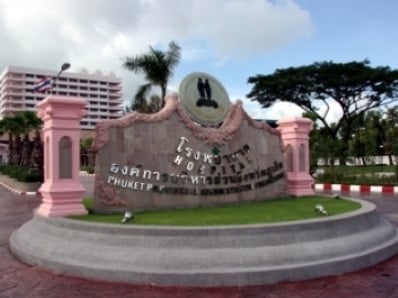 PHUKET: The Phuket Provincial Administration (OrBorJor) Hospital in Phuket is set to open on a trial basis next month.

A grand opening ceremony is scheduled for May 31 to mark the considerable accomplishment.

The building, originally built by the Phyathai Hospital group, was abandoned for over a decade after that facility went out of business in 2000.

The ceremony, to be presided over by OrBorJor President Paiboon Upatising, will start off with a blessing ceremony.

Also featured will be exhibitions about hospital services, advice about care for the elderly, and public health care law.

On that day, medical check-ups, including cancer screening for the first 300 applicants, will be available at discounted rates.

Pending a successful trial month, the hospital will begin offering its full range of inpatient and outpatient services by July.

Services offered in June will be limited to outpatient treatment in order to assess and improve quality.

Service hours in June will be Monday to Friday, from 8am to 5pm.

There are currently 13 specialists and about 50 nurses working at the hospital.

The facility has a total of 129 patient beds.

These numbers are expected to increase when the hospital begins offering services full-time.

“We are still waiting for operation rooms [to be finished], therefore we will only be treating outpatients at first,” said Dr Yee.

In addition to 10 general examination rooms, there will be four surgery theaters capable of handling basic to advanced procedures. Other diagnostic and treatment equipment will include state-of-the-art X-ray machines and a kidney dialysis unit with 14 beds.

“The number of beds designated for kidney patients is considerable compared to most other government and private hospitals,” he noted.

Though fees will be slightly higher than government hospitals, they will still be considerably less than most private hospitals, he added.

The hospital will serve as one more alternative for patients, reducing the load on other government hospitals like Vachira Phuket, which is infamous for long treatment queues in many wards.