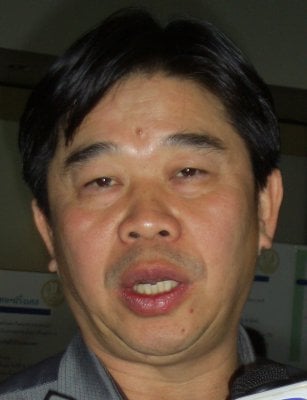 PHUKET CITY: A Senate fact-finding team has found that only half of businesses and individuals affected by the tsunami have received any financial assistance from the Government. For this they blame bank lending policies, red tape and unhelpful officials.

The senators, about 20 in all, met for a seminar at the Royal Phuket City Hotel on March 26 to discuss problems in administering tsunami aid. The event was moderated by Senate Chairman Suchon Chaleekure.

Other attendees included the chairmen of two investigating Senate committees, senators from the six tsunami-affected provinces, representatives of government and commercial lending institutions, as well as other provincial-level government officials and business leaders.

Surachai Danaitangtakul, Chairman of the Senate Standing Committee on Finance, Banking and Financial Institutions, said the government had failed to pay close enough attention to the real needs of tsunami victims.

“The main issue is whether the government is really listening to the people to see if they are getting the help they need, or if the help is really just pak chee roy naa [window dressing],” he said.

Sen Surachai said the team’s finding showed that only about half of those in need of financial assistance have received it, in large part because commercial banks have refused to issue loans to all those in need.

“Existing banking regulations are inappropriate for the post-tsunami situation. Businesses with non-performing loans are turned down [by commercial banks] and they are not eligible for loans from government lending institutions, ” he said.

Niwes Phancharoenworakul, Chairman of the Senate Standing Committee on Economy, Commerce and Industry, agreed that the recovery effort has become bogged down in banking regulations.

Medium-sized businesses were receiving the least help, he said.

“At the outset, we put an emphasis on helping big businesses by offering them soft loans. Now the effort has shifted toward relief for small businesses and individuals. We intend to press [Parliament] to help those in the middle who have yet to get assistance and are still facing hardship,” he said.

Senate Chairman K. Suchon told the seminar that the Senate had received numerous complaints from the public about unhelpful Government officials, but said that most complaints involved the failure of banks, both government and commercial, to issue loans to businesses.

He said the Senate had brought all parties concerned to Phuket to assess the problems and find ways to resolve them.

“I expect banks to adjust their lending policies after this seminar. The Senate will present its conclusions and recommendations to Parliament and the Ministry of Finance, which will be responsible for carrying out any proposed changes,” he added.