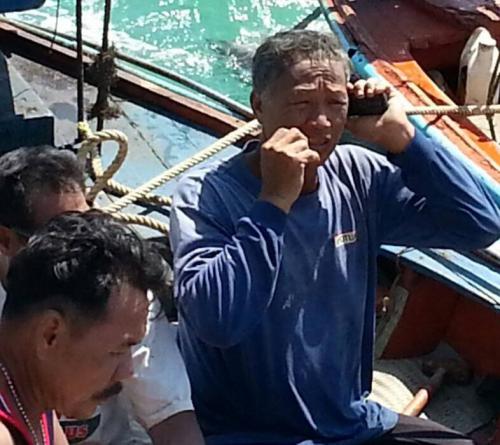 PHUKET: Phuket Marine Police have given up the search for a mentally-handicapped man who was swept from a longtail boat into the sea today.

“We spent more than four hours looking for Jirawat Srisomporn, 27, before we had to call off the mission because of big waves,” said Lt Col Panya Chaichana of the Phuket Marine Police.

Mr Jirawat, who could not swim, was hit by a large wave and thrown overboard while his father, Chaidon Srisomporn, was fishing east of Phuket between between Rang Yai Island and Maprao Island.