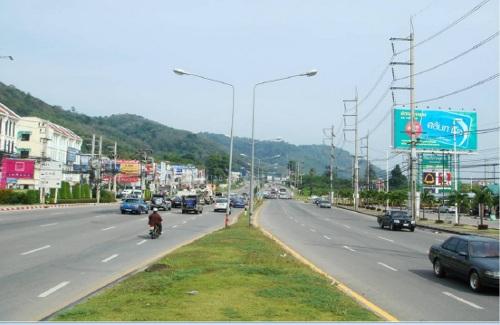 PHUKET: Construction is to start on the 850-million-baht underpass at the Samkong intersection in mid-November.

“We have already started to clear the area in preparation for the construction,” Phuket Highways Office Director Samak Luedwonghad told the Phuket Gazette this week.

“We will start by digging up the median strip on the bypass road north of the Samkong intersection,” he said.

Drivers should be aware of lane changes being made to accommodate the construction, he added.

“On the north and south sides of the intersection, on the bypass road, we will be narrowing the turn lanes next to the median strip by half a meter, from 3.25m to 2.75m,” he said.

One lane on both the north and south sides of the intersection will be closed to traffic for about 500m, but a new lane will be constructed on the outer part of the road to accommodate traffic.

“Occasionally we will need to close sections of lanes temporarily, but these closures shouldn’t be for longer than two hours,” he said.

The company responsible for the construction of the underpass is Italthai Trevi Co, Ltd, operating with a budget of about 850 million baht, Mr Samak said.

“The underpass is expected to be completed in June 2015,” he added.