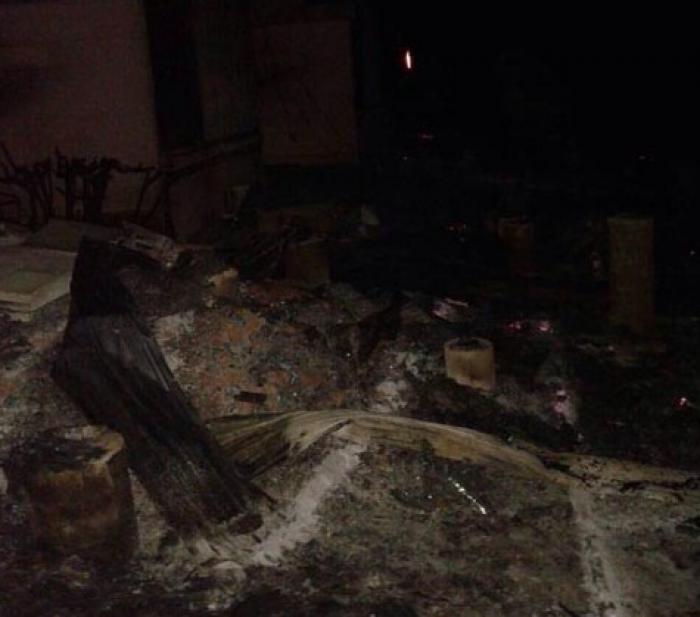 PHUKET: Flames engulfed a resort in Krabi Tuesday night, dislodging 60 Russian tourists as it burned 35 bamboo bungalows to the ground. Damages were estimated at 10 million baht.

Koh Sriboya villagers informed Subdistrict Chief (Kamnan) Samran Raden of the fire at about 8pm. He rushed to the scene, where he found villagers and resort staff collecting sea water to throw on the flames.

“It took two hours to put the fire out,” he said.

“Koh Sriboya is a small island – there are no vehicles or fire trucks there,” explained Kawee Khunsongaksorn, chief administrative officer (palad) of the Nua Klong District Office.

A group of Russians tourists who had come from Phuket were staying in 37 of the resort’s 40 bungalows.

“Fortunately, everyone was safe.No injuries were reported and the agent took the tourists back to Phuket the same night,” said Kamnan Samran.

An inspection of the resort, which occupied two rai of the island, showed that only five bungalows remained intact.

“The bungalows’ roofs were made of dried leaves, so they caught fire easily,” said Mr Kawee.

It’s believed that a short circuit started the fire. However, the cause of the blaze has yet to be officially verified.