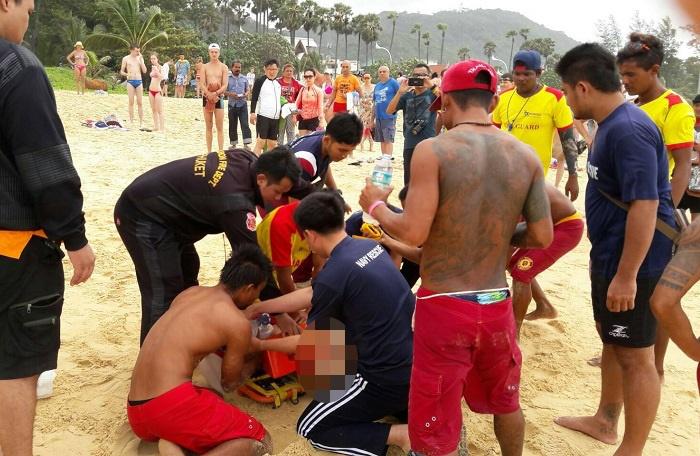 PHUKET: A Russian man was pronounced dead shortly after lifeguards at Karon Beach pulled his unconscious body from the surf yesterday morning.

Lifeguards reported that the 50-year-old man entered the water in the red flag (no-swimming) zone at the beach and disappeared in the surf about 11am.

“It took awhile for the lifeguards to locate the man after he went under because of the strong waves,” said Phuket Lifeguard Club chief Uten Singsom yesterday.

Lifeguards attempted to resuscitate the man on the beach. He was then taken by officers from the Third Naval Area Command to Patong Hospital where he was pronounced dead.

The Phuket Gazette is withholding the full name of the victim until it can be confirmed that his relatives have been informed of his death.