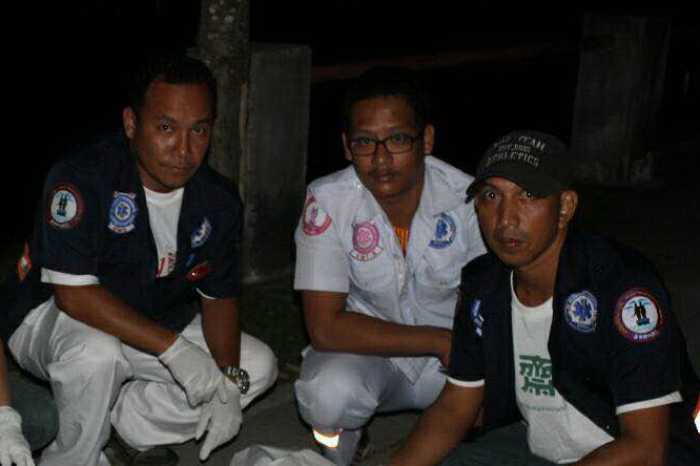 PHUKET: A helmet-less Russian national was killed in Phuket after he lost control of his motorbike and crashed into the sidewalk early this morning.

Chalong Police and Ruamjai Foundation rescue workers were called to the scene next to the canal near Nai Harn lagoon at about 1am.

“We found the body of Pavel Dzembo, 23, on the sidewalk that circles the lagoon. A Honda PCX motorbike was on the ground nearby, but there was no helmet found at the scene,” said Capt Patiwat Yodkwan of the Chalong Police. “His neck appeared to be broken, and he had been bleeding heavily.”

Officers questioned witnesses, and were told that Mr Dzembo had left a nearby reggae bar and was heading to a hotel in the area when he crashed.

Police have yet to confirm whether or not alcohol was a factor in the accident.

“The body was taken to Vachira Phuket Hospital to be examined and tested for blood-alcohol levels. We are waiting for those results to come back,” Capt Patiwat said.

The Russian Embassy has been notified of the death.