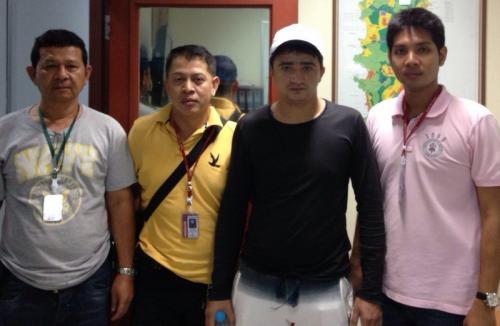 PHUKET: Responding to a written request from the Russian embassy in Bangkok, Phuket Immigration last night arrested a Russian national wanted in his home country for “illegal transportation of drugs, committed on a large scale”.

The request stated that Anatoliy Gural had been wanted by Interpol since November 2011, and provided details of a false passport he was using to travel.

“Our informants found out that he was living in a rental house in Soi Kokyang in Rawai, so we went to his house and asked to see his passport. He claimed he had sent it to another country to get a visa stamp.

“We took him to the Phuket Immigration Office for further questioning and found out that he used a fake passport with his own photo to enter Thailand on April 1,” said Capt Angkarn.

“We charged him with producing a fake passport and using it,” he said.

Mr Gural, who hails from Artem in the Russian Far East territories near Vladivostok, was taken to Chalong Police Station to have the charges against him processed.

Phuket Immigration notified the Russian Embassy in Bangkok, which has expressed its clear intent to have Mr Gural escorted back to Russia under guard of Russian Police officers.

Australian dies at hospital after leap from Phuket balcony