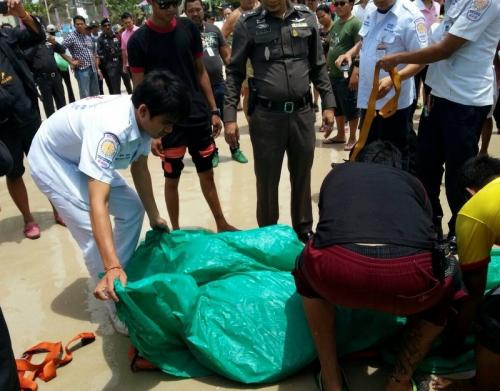 PHUKET: Beach guards recovered the body of a Russian man at Patong Beach late this morning.

The body of Tsymbalyuk Alexey, 45, was brought back to shore at about 11am. Police suspect that he died about three hours earlier.

“He was only wearing black trunks when he was found, he might have gone swimming alone, as nobody witnessed him drowning,” said Teerasak Boonsaeng of the Patong Police.

“There was no sign of Mr Alexey being assaulted,” he said.

Relatives at the resort Mr Alexey was staying at have been contacted, and have identified the body.