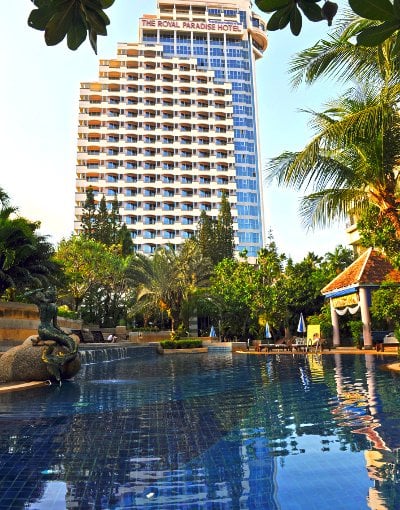 PHUKET: THE Royal Paradise Hotel and surrounding businesses in Patong will be plunged into darkness for one hour from 8:30pm on March 26 to mark Earth Hour 2011.

About 500 people in Patong will hand out pamphlets promoting Earth Hour on March 24 to raise awareness of the event, said Meena Panun, who is coordinating the public campaign for Patong Municipality.

Phuket is one of eight provinces officially taking part in Earth Hour this year, she added.

“Patong Municipality will invite Phuket Governor Tri Augkaradacha to join the event in front of the Royal Paradise Hotel, arriving at 7pm, to officially ‘open’ Earth Hour and to announce the amount of power saved during the hour of darkness,” said Ms Meena.

To pledge your effort to Earth Hour, visit earthhourphuket.com.

Note: The main photo originally posted with this story erroneously showed Patong Tower, not the Royal Paradise Hotel. Thank you to our readers for pointing out the mistake.