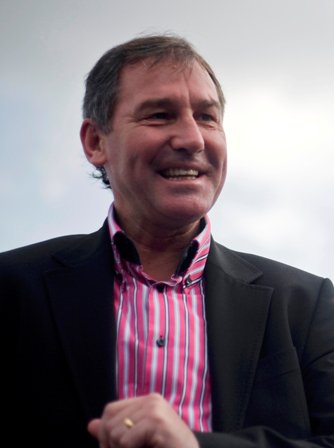 Secretary General of the Football Association of Thailand (FAT), Worawi Makudi said in a statement to the press, “Bryan wished to resign, and his contract was terminated by mutual consent. I cannot give any more details.”

Robson, 54, was diagnosed with cancer and underwent an operation earlier this year.

The former Manchester United player, and the club’s longest serving captain, had signed a four-year contract with the FAT to see Thailand through to the 2014 World Cup in Brazil.

“Captain Marvel’s” managerial record with the “War Elephants” has not been exemplary. Having been in charge for seven international games; Thailand won two, lost four and drew one.

Attempting to qualify for the 2011 Asian Cup, Robson’s Thai charges managed draws with Iran and Jordan. Thailand’s away loss to Iran finally closed the door to the Asian Cup.

Thailand’s 2010 AFF Suzuki Cup campaign fizzled out by drawing with Laos and Malaysia and then losing to Indonesia.

Both victories for Robson came against Singapore.

Recently the Thailand National team was disqualified from the Asian Football Confederation’s qualifying tournament for the 2012 London Olympics due to fielding an allegedly illegal player.

Robson was recently mentioned in the Phuket Gazette in association with next weekend’s Phuket Property Dot Com Pro Am Invitational and its sponsored charity, Phuket Has Been Good To Us Foundation.

No more nun-sense at Phuket temple

Bingham moves on and Burden goes down in Phuket snooker cup