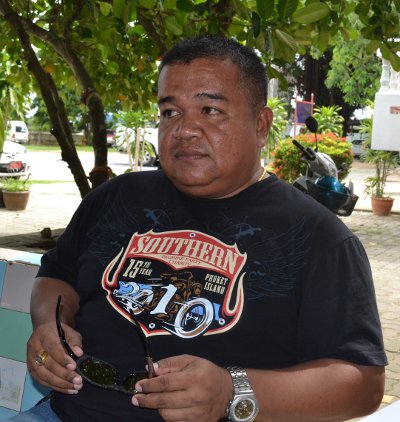 PHUKET: Scandals involving monks are fairly common in Thailand, but the most recent clerical debacle involves the banishment of an elderly temple nun after a public outcry over her behavior at a well-known Phuket temple.

About 50 local residents gathered at Wat Kitti Sangkaram (Kata Temple) early yesterday demanding the immediate dismissal of 74-year-old Mae Chee Euam (Nun Euam), who has been at the temple since the dawn of the tourism era 24 years ago.

A group of 15 community leaders in Kata gathered on the temple grounds at 1:30pm yesterday for a 30-minute discussion with temple abbot Phra Khru Wisoot Kittiyaporn.

Among the community leaders was Meechai Navin, who said after the meeting that the decision to banish the 74-year-old nun was almost unanimous.

“The abbot agreed to order the nun from the temple after 15 of 17 people present voted against her,” he said.

The other two votes, those of the abbot and his personal consultant, were abstentions, he said.

“We could no longer accept Mae Shee Euam’s behavior. She absconded items donated to the temple and brought them back to her home in Phattalung province. That is unacceptable. Also, she did not permit visiting monks to stay in the new kuti (monk’s quarters), but her relatives who are not even members of the clergy were allowed to stay in there. These are the reasons local residents have come here today to drive her from the grounds of Kata Temple,” he said.

The move was a long time coming, he explained

“Some local residents had not stepped foot on the grounds of Kata Temple for years because of her,” he added.

With the woman who effectively served as the temple’s chief administrator now on the way out, a new council would be established to oversee the temple’s financial affairs.

Membership would include leaders of various community groups in Kata. The new council would lead to a new era of transparency for the temple’s finances, Mr Meechai said.

“Money going into the temple is donated by the public. All inflows and outflows must be clearly and transparently accounted for,” Mr Meechai explained.

The only person who seemed saddened by the imminent departure of the nun of 24-years was Prapan Sa-Nguanporn, consultant to Phra Kru Wisoot.

“It was all a misunderstanding. The nun’s relatives just stayed at the temple for few days,” he said.

“I will tell the nun to leave the temple and stay with relatives in another province,” he said before turning and slowly walking away.