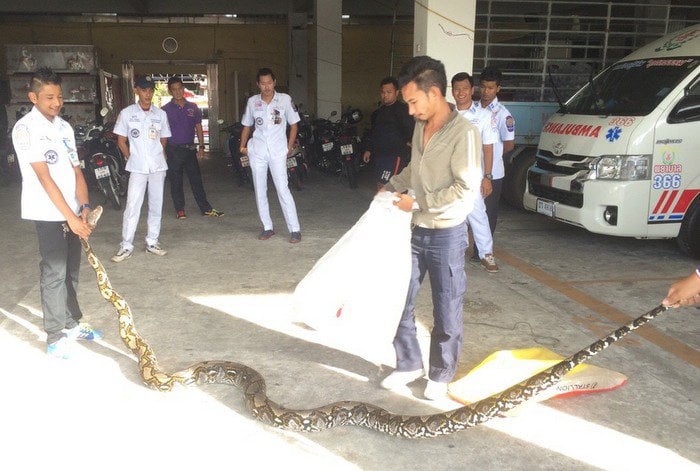 “It was quite a big snake, probably 40 kilograms, and had already eaten one chicken by the time we arrived,” said Natakorn Komutphon, a Kusoldharm Foundation rescue worker.

The homeowner on Soi Roongrawee, near Vachira Phuket Hospital, found the snake after investigating strange noises emanating from his hen house.

“He called us once he realized what was happening,” Mr Natakorn said. “All residents should be careful and call us in to handle these situations.

The snake was later released at the Khao Phra Thaeo Wildlife Sanctuary.