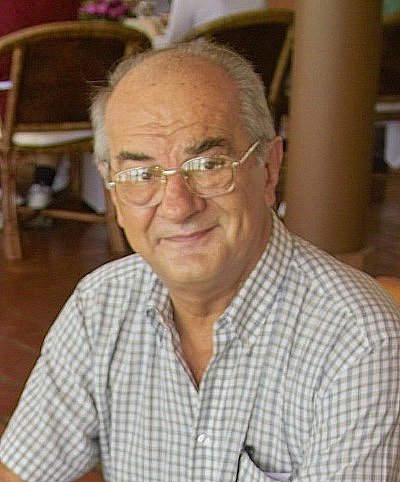 PHUKET: Louis Bronner, the general manager of Phuket’s renowned Boathouse restaurant in Kata, died at 8am this morning from complications following heart surgery on Friday.

Although Mr Bronner showed good recovery immediately after the surgery, his condition deteriorated in the following days.

Mr Bronner first gained his popular reputation on Phuket as the general manager of the Phuket Yacht Club in Nai Harn, now known as the Puravarna Royal Phuket Yacht Club, which opened in 1987.

After Mom Luang Tri Devakul, better known simply as Mom Tri, opened the Boathouse restaurant in Kata in 1988, he asked Mr Bronner to lead operations there.

Many of his staff followed and remained with him over the following years.

“He was very much loved by his staff. He was very honest and very just. He was a noble type of boss; always willing to listen,” said Boathouse PR Manager Lisa Sol.

Born in Paris 70 years ago, Mr Bronner brought with him to Phuket a panache for living and a humble ability to make friends with people from all walks of life.

“At the Phuket Yacht Club he received guests such as Henry Kissinger, Peter Ustinov and Prince Henrik of Denmark. All these people became friends,” said Ms Sol.

“Louis had something special. He was very personable. He could connect with people. He even received HRH Princess Galyani Vadhana as a guest before she passed away,” she added.

Mr Bronner’s sister Jeanne arrived in Bangkok last week to support him through his surgery and the complications that followed, said Ms Sol.

Mr Bronner’s body will be moved to Thadthong temple in Bangkok tomorrow. Friends and family can pay their respects from 1pm at Sala 16 at the temple.

Mr Bronner’s ashes will be brought back to Phuket.

A ceremony will be held to disperse the ashes at Kata at a time and place yet to be decided.