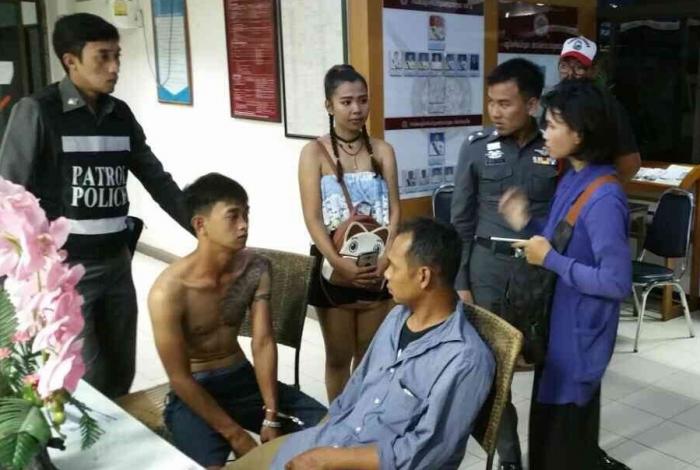 PHUKET: Two pickpockets were caught and beaten to a pulp by locals at Wat Chalong Fair last night.

Col Anantachai Piyapanun of Chalong Police received a report from locals present at the scene at about 9:30pm.

“The two victims named Nunthicha Sermjabog and Jenjira Somboon were walking amid crowds at the fair when the two men, named Duangden Punna and ‘Roon’ bumped into them and acted as if it was accidental,” Col Anantachai told Phuket Gazette reporters.

After a while, both women noticed that their phones had gone missing from their purses and alerted their friends. The four began walking around in search for the two thieves.

They first found Mr Roon with Ms Nunthicha’s cell phone in his pocket. Locals, along with the two victims, forced him to call his accomplice. When Mr Duangden arrived, everyone attacked him – as he had stolen Ms Jenjira’s cell phone,” he added.

“Mr Duangden received a bloodied brow as the fairgoers beat them both for resisting capture and trying to escape before the police arrived.”

Police confirmed Mr Duangden to be a Thai local, while Mr Roon is Burmese – both were charged with theft.

“We believe that there are more than two suspects who are professional pickpockets. Investigations are underway to see whether they’re part of a bigger gang.”