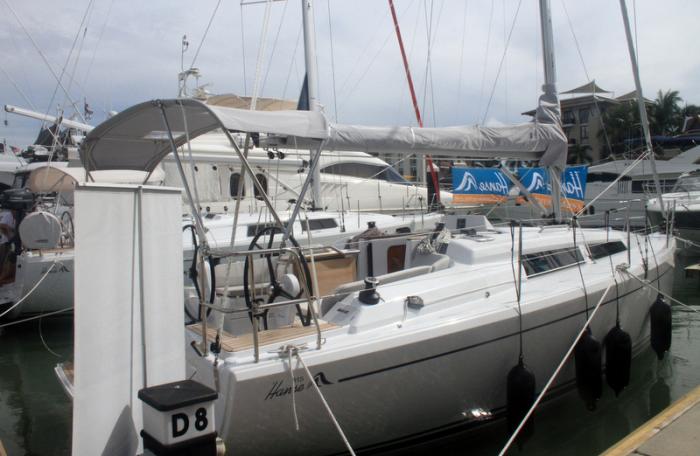 Thirty years ago, back in 1987, the Phuket King’s Cup Regatta shone the brightest light on the island’s marine scene, and has continued to take word of Phuket’s sailing credentials global every year since.

Over time, however, the pendulum has swung to power boats. Brokers have placed an emphasis on selling power boats from all corners of the world, presumably in response to customer demand.

While the power boat scene thrives, it’s encouraging to see a resurgence of sail boats also. This resurgence has been lead by the island’s home-grown boat building industry. However, in the last few weeks – what with all the back-to-back marine industry activities – it’s been very clear to all willing to wake up from their post-festive season slumber that sailing yachts are back.

The first sign was at the Asia Superyacht Rendezvous which this year welcomed one of the biggest superyacht sailing fleets they have seen in recent years.

There were further signs of sail boat popularity at the island’s two boat shows – Thailand Yacht Show and Phuket International Boat Show – where a growth in the number of sailing yachts displayed at each was clear for all to see. Sure, power boats still dominated and delivered the ‘wow’, and sail yachts were still few in number at the shows. However, yachts of all sizes, from small trailerable trimarans to luxurious multi-hulls and superyachts were showing off their lines proudly.

Simpson Marine were showcasing the Lagoon and Beneteau brands at the recent shows, with the brand new Lagoon 420 sailing catamaran and Beneteau Oceanis 55 both turning heads.

Further along the dock were two smaller yachts from Hanse, represented by the local dealership Southeast Asia Yacht Sales & Services.

Having won four awards in 2016, the first Hanse 315 in Asia was on display, moored next to it’s big sister the Hanse 415, and caused quite a stir.

Speaking with Rob Williams of SEA Yacht Sales, he said “When people see the 415 they say “what a lovely boat”. Then when they see the 315 they say “wow, what a great boat”.

Looking Back: The rise and fall of Chiang Mai

Keep It Green: Opening the floodgates to a watery embrace