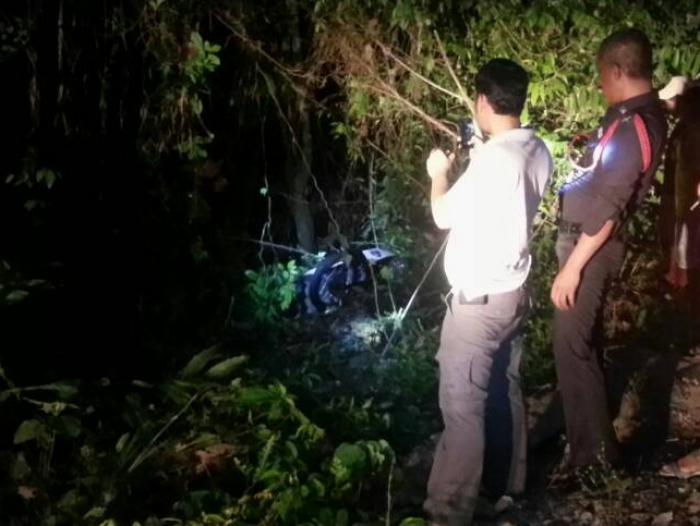 PHUKET: Two men kicked a pregnant woman off her motorcycle, causing her to break a leg, then dragged her off the road and raped and robbed her in Mai Khao on Sunday night.

The 25-year-old woman is five months pregnant. She was riding home alone from her job as a convenience store cashier when the attack occurred at about 10:30pm on a dark stretch of road between Mai Khao temple and Thepkrasattri Road.

When rescued, the victim was in shock and unable to tell police much about the incident.

“She said that two men rode alongside her and the passenger kicked her bike over. She broke her leg in the fall,” Lt Santi Prakobkarn of Tah Chat Chai Police told the Phuket Gazette.

“They dragged her and her motorbike into the underbrush next to the road and both men raped her. She told them she was pregnant and begged them to stop, but they ignored her,” Lt Santi said.

After the men robbed her of her cash and mobile phone, they fled. The woman then dragged herself to the roadside, where a passing motorist saw her and called the police. Rescue workers took her to Vachira Phuket Hospital.

“It will be difficult to identify the men because the victim couldn’t describe what they looked like. However, we have started to hunt for them,” Lt Santi said.

PACC to dive in on Phuket corruption case on Monday