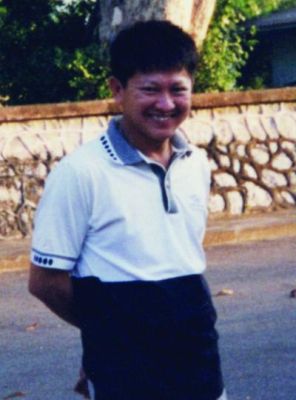 PHUKET: A year after the assassination of Pongtorn Hiranyaburana – the Deputy Chief of the Phuket Land Office ordered to investigate suspect land titles – the trail leading to his killers has apparently gone cold. Pol Col Ronapong Saikaew, Superintendent of Investigation of Police Region 8, based in Surat Thani, told the Gazette today, “We still need more time to track down the gunmen and gather more evidence.” K. Pongtorn was shot execution-style on a lonely stretch of road as he drove home to his wife in Surat Thani on April 25, 2003. Officers believe that his inquiries were on the verge of disclosing the names of the people responsible for doctoring land titles. His honesty was later praised by Prime Minister Thaksin Shinawatra. “We don’t have the time to track down the suspects, who have now fled to northeastern Thailand,” Col Ronapong said, adding that officers believe that four people or more were involved in K. Pongtorn’s murder. “We don’t have enough in terms of witness statements or material evidence to make a case,” he added. Col Ronapong announced on November 11 last year that officers expected a breakthrough and were closing in on a key person involved in the killing. But today he said, “The problem is that we don’t have only this case to investigate. Besides this one, there are many others that we have to look into.” Col Ronapong said that he will coordinate with investigating officers and give them another month to follow up on the case. However, he added, “We can’t specify how long it will take.”