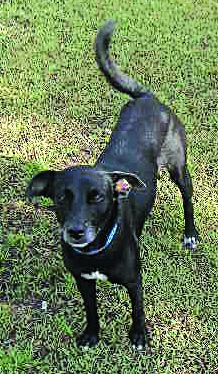 KAMALA: Animal lovers have rescued a small dog from a European man, who raped the animal repeatedly over a period of about six months. The dog was rescued by a Thai woman after she was told that people had heard it screaming many times. The rescuer, K. Gaew (who asked that her full name be withheld for fear of reprisal), told the Gazette, “People are supposed to be civilized in what they do and think. This man behaved like a brute.” For legal reasons the perpetrator cannot at present be named. A veterinarian who examined the animal after the rescue confirmed that she had been raped repeatedly, and that considerable damage had been done to her internal organs. The dog’s rescuer handed the animal over to Margot Homburg Park of the Soi Dogs Foundation. She described the animal as “a very sweet dog” who liked people. She renamed her Anwaan (the abuser apparently referred to the dog as “The Rat”). Local police declined to pursue the matter, saying that there was not enough evidence to convict on a charge of cruelty to an animal, which is in any case a petty offense that carries a maximum penalty of one month in jail or a 1,000-baht fine, or both. Under Thai law bestiality, as such, is not an offense.