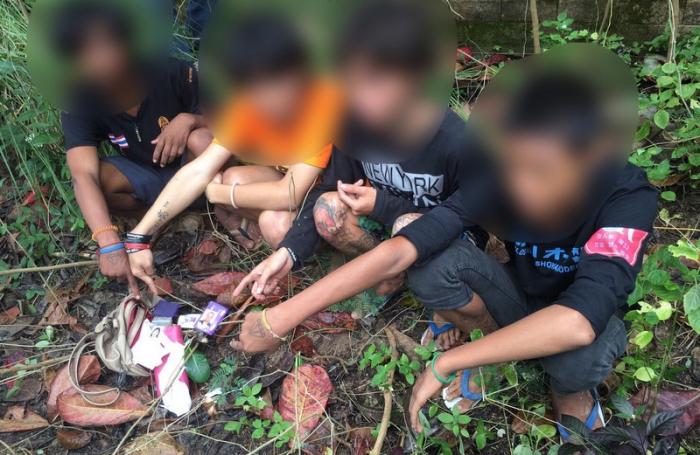 Karon Police arrived at the scene of the crime to find the tourists injured and scared.

The victims told police that four young boys came up behind them while they were walking. One of them smashed a glass bottle over one of the victim’s head, and then to his knee, causing him to collapse to the ground. The other was also slammed to the ground and injured.

The teenagers then made off with the tourists’ bag containing, according to the police report, 2,700 baht, 20 Euros, a bank account book, an ATM card and a mobile phone. The thugs then fled on two motorcycles.

Police checked CCTV footage in the area to get further information and were able to arrest all four suspects within 24 hours.

The police recovered 2,000 baht and 20 Euros, as well as the bag with the ATM card and mobile phone inside. They also seized the criminals’ motorcycles.