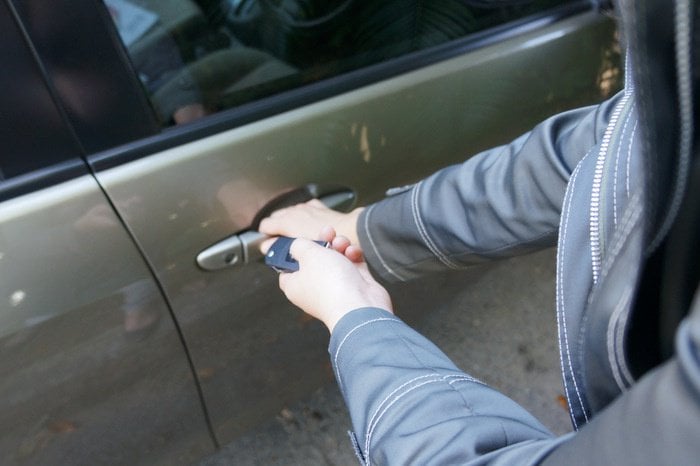 PHUKET: Police are warning motorists throughout Phuket not to leave valuables in their vehicles after a bizarre incident in Surat Thani left about 20 cars immobilized by what police believe was a “hacking” of the remote control signals.

Surat Thani Police on Monday were called to the Central Plaza shopping mall in Wat Pradu, where about two dozen people could not unlock their cars, explained Deputy Superintendent Khunnadet Nanongkhai of the Phuket City Police.

“It all happened at almost the same time,” he said.

Lt Surachai Petchnakorn of the Surat Thani Police told the Phuket Gazette that he was “very suspicious” of the incident.

“When I arrived, there were about 20 people who could not open their cars with their remote controls, as if the signal was dead for all of them,” he said.

“We searched around for about 15 minutes, then suddenly all of remote controls started working again. The car owners joked that police were very powerful, and could make everything return to normal by just coming around – but this was not normal.”

Although no items were reported stolen in the incident in Surat Thani, Lt Col Khunnadet warned that Phuket motorists should take precautions.

“We cannot take this for granted,” he said. “Please do not keep any valuables inside your car, especially when you go shopping at large department stores. It’s too risky.”