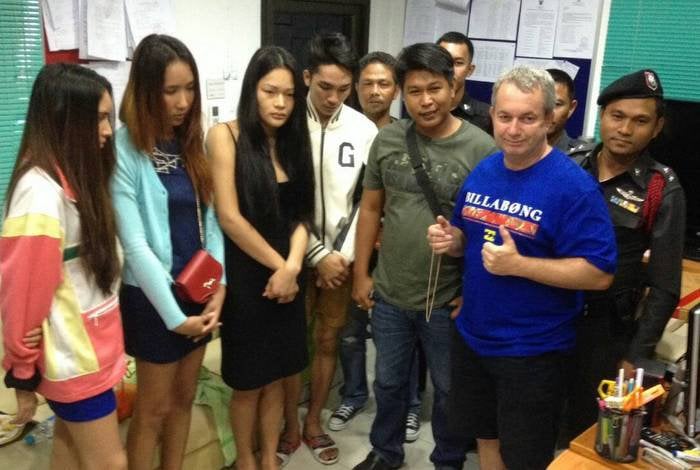 PHUKET: A man was arrested for attempting to pay Phuket police officers a bribe to free three lady boys busted for stealing a gold necklace from an Australian tourist last night.

Piyaphan Wongyai, 24, was taken into custody after officers turned down his 30,000 baht bribe.

Admittedly looking for money to pay for cosmetics and to party with, Suriyon Supohnok, 22; Sajjapong Thamhon, 22; and Appachai Sitthitham, 21, overwhelmed 45-year-old Australian tourist Stephen Richard Jones with charm at about 8:30pm.

“They committed the crime as a group. They surrounded the victim, who was walking in Karon with his family, and were able to undo the latch on the necklace, letting it fall to the ground unnoticed,” Karon Deputy Superintendent Pachai Mattayan told the Phuket Gazette.

“The necklace was retrieved after the victim walked away.”

Police arrested the group of lady boys this afternoon in Patong, after having identified them from CCTV footage.

“After they took the necklace, they got into a Honda Jazz and headed toward Patong,” Lt Col Pachai said.

“The suspects confessed to the crime.”

All four remain in police custody at Karon Police Station.

Artificial reefs to be deployed off Koh Racha