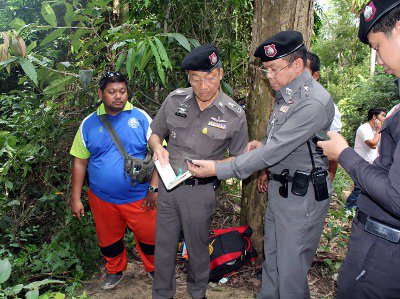 A missing person complaint was filed with the Koh Samui Tourist police stating that Mr Reisz had gone missing from a rented room in Phuket on November 23, Phuket Police Commander Choti Chavaviwat said.

“The man who filed the missing person complaint claimed that Mr Reisz had a business in Koh Samui, but he had fled to Phuket because of a business conflict,” Maj Gen Choti said

“In the missing person report, he claimed that his friend rented a house in Thalang and had last been in touch on November 23,” Maj Gen Choti explained

“We are now checking for a match between the DNA collected from the evidence in the room and the the DNA of the body,” Maj Gen Choti said.

“At the moment we believe that the motive for the murder was a business conflict,” he said.

Mr Reusz’s friend in Samui has already been contacted and is coming to Phuket to identify the body, as well as his family from Hungary, Maj Gen Choti added.