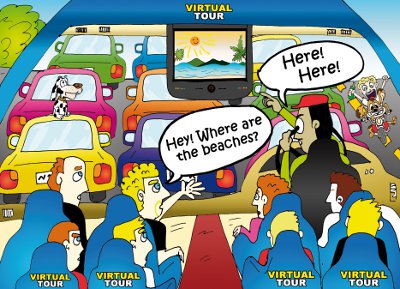 PHUKET: As work on the 600-million-baht underpass at the Central Festival Phuket intersection gets underway, mounting concern among commuters now turns to seeking ways to cope with what promises to be a whole new level of motoring misery.

Government agencies, including traffic police, have freely admitted that work on the project, scheduled for completion in mid-October 2014, is expected to cause unprecedented traffic jams.

Unfortunately, their advice “to devise alternative routes to avoid the area” will come as little help to the many thousands of people who live, work and study in the area.

Traffic flow is now reduced to only two lanes each way on the bypass road, a situation that is expected to prevail throughout much of the two-year construction period. However, the jams will become considerably worse if the police continue to allow drivers to park in the left in front of Central Festival, in which case there will only be a single lane northboud on the bypass road.

Pleading for patience, authorities have effectively told the public that the short-term pain will justify the long-term gain.

About this, the Phuket Gazette maintains some very serious doubts. For a start, two years will seem more like an eternity to parents who try to get their children safely by car to the two schools located in the immediate vicinity: the Darasamuth and Wichit Songkram schools. There are many other large school complexes nearby that will likewise be seriously affected: HeadStart, Phuket Tai Hua and Kajonkietsuksa, to name just a few.

Many of these parents will be forced to leave their cars at home and take to the streets by motorbike. As is always the case in any sample among motorbike riders in Phuket, a certain percentage of these will inevitably be injured or killed in road accidents.

Tens of thousands of workers at many hundreds of retail outlets in the area will also suffer, as will unsuspecting tourists who find themselves entrapped in the gridlock.

Indeed, tourists will now face the prospect of having much of their holiday time swindled by the ever-increasing traffic problem – in addition to the norm of being ripped off by overpriced taxis.

The entire project appears to have a very serious design flaw. Those travelling east-west through the junction will eventually see some benefit, but the much larger volume of traffic north-south along Chao Fa West Road will find that the underpass does little to help them. This is because it does not address the main cause of all the current congestion in the area: the bottleneck just south of Wichit Songkram School, where Chao Fa West abruptly reduces to just one-and-a-half lanes in each direction.

When the project is finally completed, expect traffic congestion in this area to persist – if not worsen – as ever more vehicles pour in from the completed underpass and other directions.

For now, however, motorists may for the first time find themselves frozen in tailbacks with nothing but concrete walls to view and polluted air to breathe. Perhaps that might be a good time for them to contemplate the intentions of the architects of public transport deprivation on Phuket, and to reflect upon the reasons for the inability of so many successive governments to rectify it.

Letter from the Phuket Governor: Safety first, with urban growth a close second