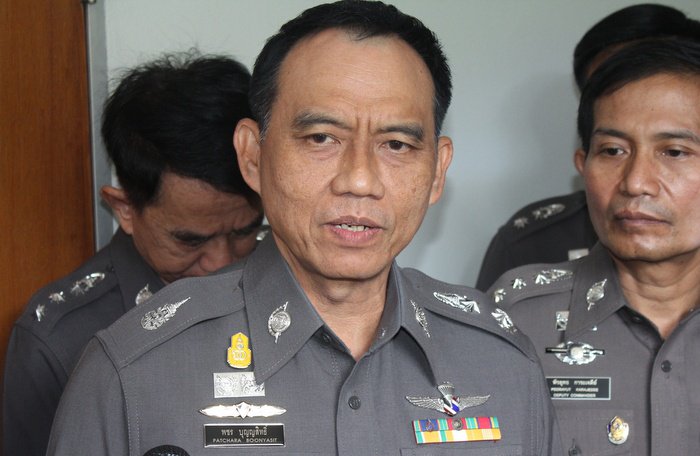 PHUKET: The Provincial Police refuted rumors that they have failed to do their job by investigating an alleged rape in the murder of Rachet Eidjarern at a meeting yesterday.

After his death on Monday, rumors spread quickly on social media that Mr Rachet, 35, was beaten to death after trying to save a female from being raped at Rawai Pier on July 22.

Phuket Police confirmed that the incident was filed only as an assault case and that no rape was mentioned at the time the complaint was filed by the victim’s friend on August 1.

“According to Chalong police, the victim’s friend came and filed a complaint with Lt Veerayut Thanyasiri Sukawarakul that Mr Rachet had been beaten by a group of teenagers,” said Provincial Police Commander Patchara Boonyasit. ” No rape was mentioned in the complaint at all.”

Chalong Police Superintendent Noppadon Thiraprawat explained that the police have done their best with the investigation.

“We have already questioned 10 people, including Mr Rachet’s father, mother and friends, along with several others,” Col Noppadon said. “During this period, police never received any information about a rape.”

Based on Chalong Police records, Mr Rachet and three of his friends went fishing at the Rawai pier at about 1am on July 22.

“A group of teenagers were drinking nearby,” said Gen Patchara. “Then at about 2.30am, Mr Rachet’s friend, Mr Prempree, drove the other two friends home.

“When Mr Prempee returned, Mr Rachet was already beaten unconscious and the teenagers were gone.”

Mr Rachet was later taken to Vachira Phuket Hospital, where he laid in a coma until his death on Monday.

“We checked CCTV footage in the nearby areas in order to find the suspects. However, it was so dark, it was hard to recognize their faces,” Col Noppadon said. “But police are still trying to identify them and will continue with the investigation.”

“This news can destroy the reputation of the police who are working hard to solve cases by making it look like they are ignoring their jobs.

“However, if the people who posted the rumor have more details about the case, we urge them to come to the police station and file a report. We would be glad to hear from them so that the truth can be revealed quickly.”