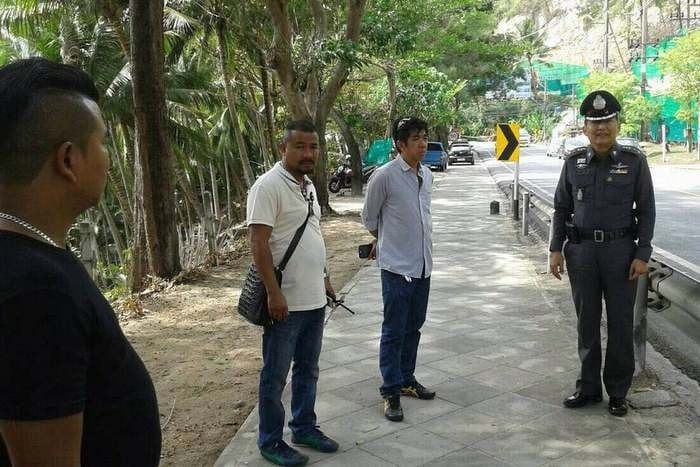 PHUKET: Police are hunting for a suspect behind the murder of a 72-year-old man who was shot while riding home yesterday in Kalim.

“Eet Chaisit was found still alive next to his fallen motorbike on the side of Phra Baramee Road in Kalim, about 200 meters away from his house, at about 2pm,” said Patong Police Superintendent Chaiwat Auikam.

Patong Police were first called to Patong Hospital after the incident, where they found Mr Eet in critical condition and under care of doctors.

“We were unable to question Mr Eet at that time, so we went to the scene to question his relatives and other villagers,” said Col Chaiwat.

Relatives told police that Mr Eet had left the Kalim mosque alone and they followed him a few minutes later. On the road back to their village they discovered Mr Eet lying next to his motorbike, his body riddled with bullet wounds.

“The suspect had already fled the scene by the time Mr Eet was found, so no one has been able to provide a description of his shooter,” Col Chaiwat explained.

“We have yet to find any eye-witnesses, so we are questioning the relatives and other local residents to find out more details about Mr Eet and any possible motive for his murder.

“We are collecting CCTV footage in the area as well, in the hope that we can identify the shooter.”

Mr Eet was later pronounced dead at the hospital.