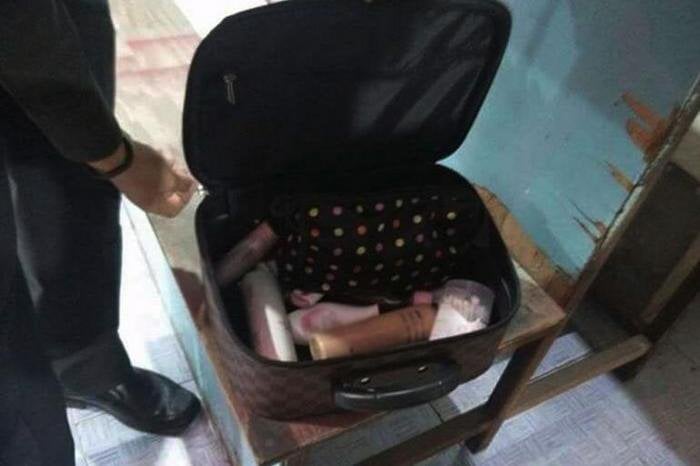 “Phuket City Police called us after they were notified by locals who found an abandoned bag that looked like it might contain a bomb, so we went immediately to the scene,” Lt Prachpong Keawkamjan, head of the Phuket EOD, told the Gazette yesterday.

The road was closed temporarily to assure safety while the EOD took action.

However, the team quickly discovered that the bag contained only toiletries and cosmetic products.

“It’s understandable that people were panicked when they saw this bag sitting on its own,” said Lt Prachpong. “We are very glad that people do not touch or open suspicious bags. If this actually was a bomb, it could do serious harm.

“We are ready at all times to take care of these situations. It is our responsibility.”

This was the second scare in Phuket since a bomb exploded in the underground parking area at Central Festival Koh Samui on April 10 (story here) and followed hot on the heels of a bag full of wet clothes alarming local residents at Sriphuwanart Public Park in Wichit on April 16 (story here).

Following yesterday’s false alarm, Lt Prachpong offered a suggestion for everyone on the island.

“Please fact check before sharing news like this on social media, as this kind of information can frighten people and create a panic,” he said.