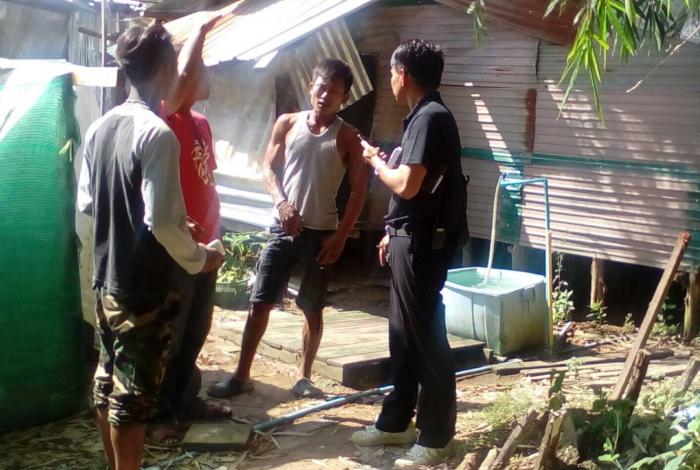 PHUKET: A woman was shot during a ya bah (methamphetamine) ‘exchange’ at a Burmese workers’ camp yesterday morning.

Capt Kraisorn Boonprasob of Thalang Police received reports of the incident from 41-year-old Mongkol Wongpradit, the caretaker of the camp located in Thalang.

“Chan, a worker at the camp, told us that two Thai men on a white motorbike approached him and ‘insisted’ that he buy ya bah from them. Mr Chan says he refused, so one of them attempted to shoot him, but missed,” Capt Kraisorn told the Phuket Gazette.

The stray bullet hit a woman named Waisin, who was taken to a nearby clinic for treatment.

“The bullet grazed Ms Waisin’s waist, and Mr Chan believes it may have come from a homemade pen gun,” said Capt Kraisorn.

“We have radioed in to search the area for the suspects, but they seem to have disappeared. However, we are investigating the matter further and hope to apprehend them soon,” he added.