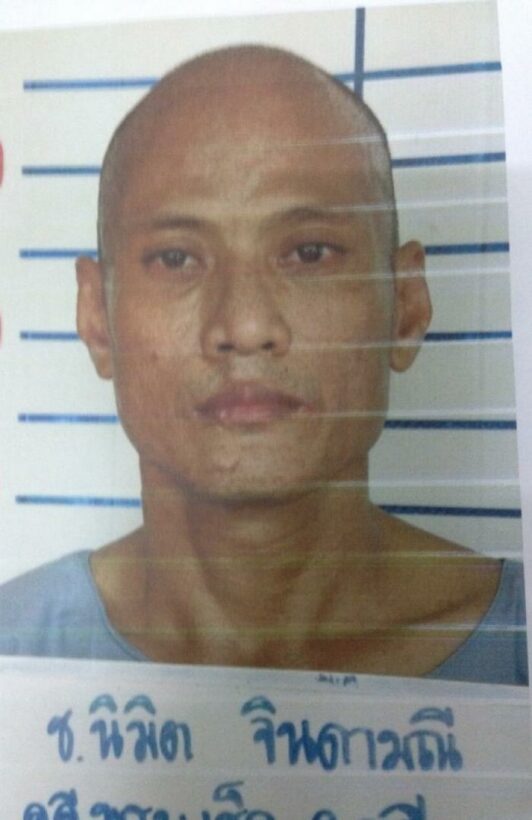 PHUKET: Police are searching for an escaped prisoner who bolted from Vachira Phuket Hospital while receiving treatment today.

Nimit Jindamanee, 45, is on the run after he managed to free himself from his restraints and elude his custodian. He was admitted to the hospital on September 28 in order to be treated for tuberculosis and immune deficiency issues.

“A committee has been set up to track him down and investigate the escape. We are also questioning Mr Nimit’s custodian,” said Phuket Provincial Prison Chief Pichit Wanajit.

Mr Nimit was imprisoned at Phuket Provincial Prison for cheque fraud. This was his second stint at Vachira Phuket Hospital since he started serving his sentence in June.