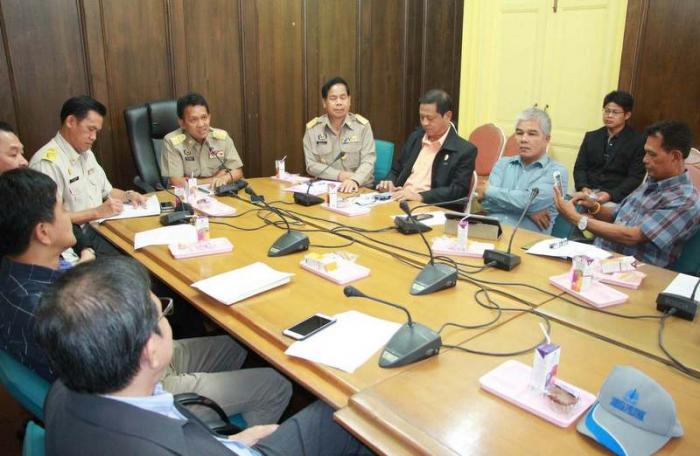 PHUKET: The Phuket governor is attempting to resurrect the Phuket International Convention and Exhibition Center (ICEC) after the plan was killed during the Yingluck Adminsitration’s rule.

“I am willing to breathe new life into this project in Mai Khao; as a member city of Thailand’s MICE [Meetings, Incentive Travel, Conventions, Exhibitions], the only thing we are missing to fully comply with this effort is such a facility,” Phuket Governor Chamroen Tipayapongtada said on December 14.

“This facility would not only benefit tourism, but would also help to steer Phuket toward becoming a hub of trade for Thailand. It will help us to draw commercial interests to the island. It is time to reconsider this project.”

Governor Chamroen established four key points that needed to be addressed: the location of the facility, to see if Mai Khao is still the most appropriate location; the design, to ensure appropriate usage of land allocation; the Environmental Impact Assessment (EIA), to ensure that officials fully understand what impact the facility would have; and investment, to establish a balance between the government and the private sector.

The failure of the Phuket ICEC to move forward in 2012, while the budget and execution of a similar plan in Chaing Mai received the green light, led to accusations that the project was ‘stolen’ from the province.

In response to the cancellation of the project, Phuket MP Anchalee Vanich Thepabutra stood in Parliament and called for the government to answer why the 2.6-billion-baht project to build a Phuket ICEC had been scratched.

Branding the Cabinet ‘narrow-minded’, Ms Anchalee explained that the funds for the project were secured through the Thai Khem Kaeng (Strong Thailand) fiscal stimulus program rolled out by the Democrat government under former Prime Minister Abhisit Vejjajiva.

“Former PM Abhisit devised a plan under which Bangkok would become the hub for Asean tourists, and Phuket the gateway for international tourists, with 2.6bn baht allocated to building the Phuket ICEC and 2.3bn baht to building the Chiang Mai ICEC,” Ms Anchalee explained.

“At that time, people asked PM Abhisit to re-allocate the 2.3bn baht dedicated for the Chiang Mai ICEC to other projects, but he didn’t, because he believed the ICEC would be a very good opportunity for the people of Chiang Mai to boost their income generated through tourism.

“Today, the Chiang Mai ICEC is a reality and ready to open,” she said.

Three days later, Ms Anchalee and Phuket received their answer – laying the project to rest, at least until this week.

“We did not ‘steal’ the project. We cannot continue with it because it failed to pass its Environmental Impact Assessment [EIA] requirements; it failed that because the proposed site was at Baan Mai Khao, which is the site of Phuket’s last mangrove forest,” Mr Woravat told the Phuket Gazette days after Ms Anchalee stood in Parliament.

Even in 2011, the Gazette noted that ICEC was a ‘decades-old saga of fruitless efforts’ (story here).

However, Gov Chamroen was confident and ready to present the plan to Deputy Prime Minister Somkid Jatusripitak.