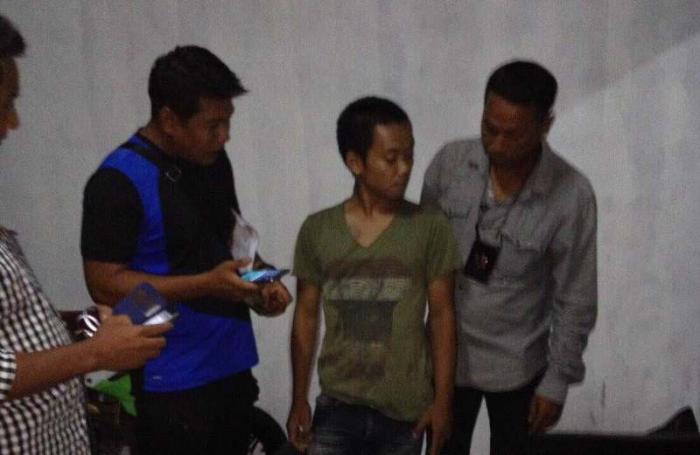 PHUKET: A suspected mobile phone thief was arrested last night after police tracked him down when he used the stolen phone.

Wiwat Wiroondok, 20, was arrested at his rented accommodation in Kamala at about 10pm. He had a Samsung phone, a watch and several other items believed to have been stolen.

“A woman named ‘Kan’ reported to police that about 5am on July 2, a man broke into her room while she was sleeping. She said he attempted to rape her, but she woke up and fought him off, so he ran away. She later realized that her phone and some other items were missing,” said Kamala Police Deputy Superintendent Sophon Borirak.

Police tracked the activity on Ms Kan’s phone, which led them to Mr Wiwat, who also matched the description they had. He confessed to stealing the items from Ms Kan’s house.

Mr Wiwat told police that about 3am on July 2, he saw Ms Kan going out on a motorcycle with her boyfriend, while he was hanging out at his friend’s place nearby. Once she’d left, he walked to the back of the house and saw a hole in the back, covered by a plastic sheet. He said he removed the sheet to see a woman’s purse, which he reached inside and grabbed.

Mr Wiwat added that he took her keys to open the front door, stole her mobile phone and whatever else he could get his hands on. He then returned to his friend’s house.

Ms Kan’s boyfriend dropped her off at her house later that night. When Mr Wiwat saw that the lights were turned off, he went in and started to sexually molest her, he confessed to the police.

“He said that he was afraid she would see his face, so he ran off when she woke up. He believed he was safe, but the mobile phone gave him away,” said Col Sophon.

Mr Wiwat was charged with theft.

“We are waiting to press rape charges, as the case is still under investigation. Additionally, Ms Kan hasn’t filed that complaint against him yet,” Col Sophon added.