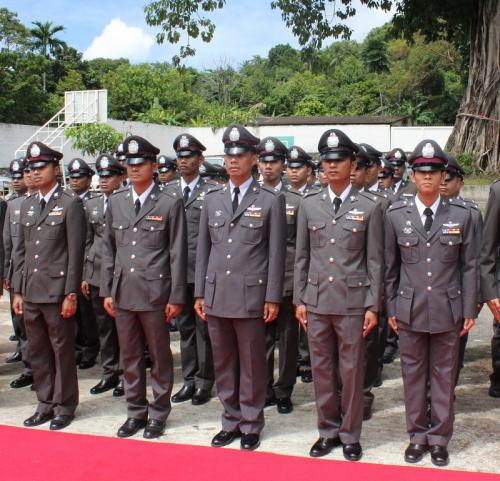 PHUKET: Much needed police boots will march onto the island in mid-November to help protect the swelling numbers of tourists and the general population of Phuket as officers ready for high season.

On September 25, 49 more officers will take station on Phuket and in mid-November 97 recent police academy graduates will join Phuket’s ranks.

“This will make a huge difference to the overburdened officers already on the island,” Col Saneh said. “Right now, we don’t have enough police to provide for everyone in Phuket. There are only 320,000 people registered here, but we have to take care of nearly a million people.”

The wave of new manpower is only one of several more to come, as Royal Thai Police Commissioner Adul Saengsingkaew looks to increase the number of officers on the island by 700 by the end of next year (story here).

All invited to Islamic New Year fiesta in Phuket Town

Police ordered to carry out weekend blitz on crime