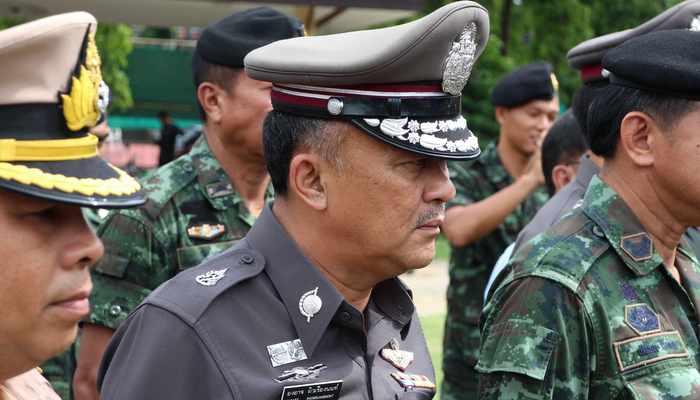 “I will remain here until I receive orders stating otherwise,” Gen Ong-art told the Phuket Gazette this morning.

“It all depends on my superiors in Bangkok; if they want me to move, I will.”

A source at the Phuket Provincial Police Station told the Gazette that Gen Ong-art had originally been ordered to leave the island, but added that the situation had changed after a phone call from Bangkok this morning.

“Acting Commissioner-General of the Royal Thai Police Watcharapol Prasarnrajkit this morning ordered Gen Ong-art to continue his work as Phuket Commander,” the source told the Gazette.

“Originally, Gen Ong-art was ordered to be transferred to the Police Region 8 headquarters in Surat Thani and a Deputy Region 8 Commander was to take his place. But the plan changed after he received the call today.”