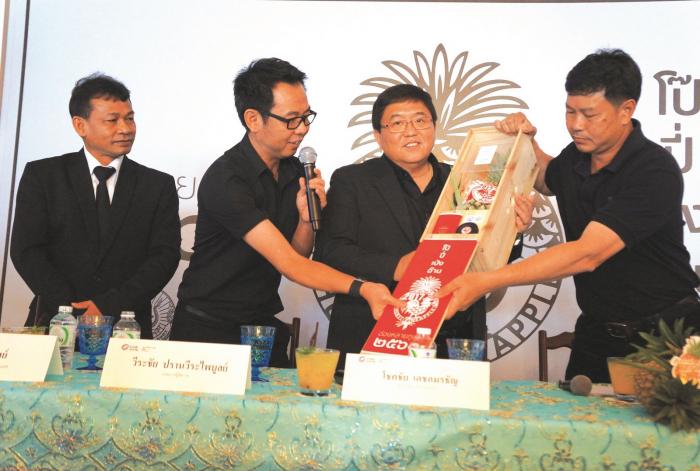 PHUKET: A hundred Phuket-grown premium pineapples priced at 1,543 baht each were pre-booked for sale within an hour last week.

The pineapples will be ready for harvest in February next year and sold at the Phuket Pineapple Festival 2017, Phuket Governor Chokchai Dejamornthan announced at a press conference at Tu Kab Khao restaurant in Phuket Town.

“As we all know, pineapples are one of Phuket’s signature items, along with batik, goats’ milk and lobster. These products are all branded and promoted by Pracha Rath Rak Samakkee to help boost the province’s grassroots agricultural economy,” said Governor Chokchai.

Pracha Rath Rak Samakkee Phuket was first launched on March 31 this year, as a government-backed corporation with the aim of developing and promoting the province’s strengths, such as tourism, agriculture and locally-produced goods under the One Tambon One Product (OTOP) banner.

“These select, premium fruits are our ambassadors. We will have signs announcing the pineapple festival – if you are in Phuket at the time, you must be a part of it and eat the pineapples,” said Gov Chokchai.

The mascot will be a boy named ‘Ya-Nad’, which means pineapple in the southern dialect.
The pineapple project was first introduced in July, at which time only 50 pineapples met the quality criteria to merit the high price tag.

Asked how the price was justified, Pracha Rath’s Orasa Tosawang said that it was part of the marketing strategy to boost Phuket’s identity as a source of quality agricultural products.

“Nonthaburi Province, for example, has durian that sells for 210,000 baht, after the Nonthaburi governor launched a durian promotion campaign. The campaign put the province in the spotlight and it became well-known nationwide – why shouldn’t we have a 1,500 baht pineapple?” Ms Orasa said.

“Normally rice is worth 20 baht per kilogram, but we have boosted that to 500 baht per kg. It is certified by the Ministry of Commerce to be the most fragrant variety, proven by scientific methodology and testing,” he explained.

The cost of the finished product is yet to be announced.

Wirachai Pranveerapaibool, managing director of Pracha Rath Rak Samakkee Phuket, explained that the fruits that made it to the final hundred were chosen from seven million pineapples farmed in about 2,200 rai in Phuket each year.

“The 100 pineapples and other Phuket pineapples will be ready in February as it is the best time of the year for pineapples to flourish and we can be assured of the best quality. It will be around the same time as the Chinese New Year,” said Mr Wirachai. 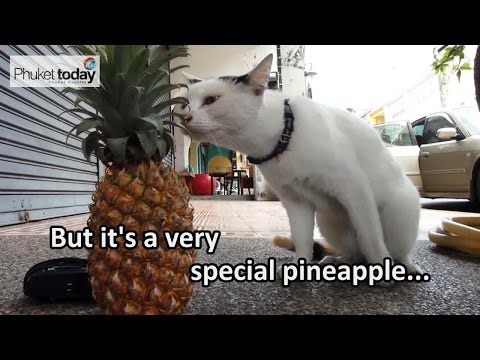 How much would you pay for a Phuket Pineapple? We ask tourists in Phuket Town. Video: PGTV

He described the unique aspects of Phuket’s pineapples as being the taste, aroma and texture and added that the price tag of 1,543 baht was chosen by adding a thousand baht to the land area of Phuket, that is 543 square kilometers.

“The 100 pineapples will come in a package, including product number and a certificate from the Department of Agriculture,” Mr Wirachai said.

Mr Wichai Sae-Tan, the president of Phuket Pineapple Farmers Association, explained that the pineapples need to be taken good care of for 18 months.

“There are about 50 – 60 pineapple farmers in Phuket, of which 20 are in our group. We are all committed to producing the best quality pineapples,” he told the Phuket Gazette. “For this project, we chose 25 pineapples each from the top four pineapple farmers.”