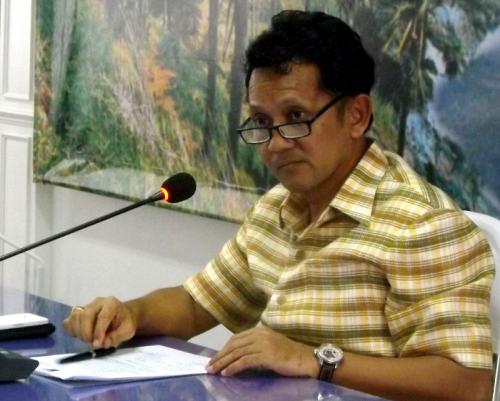 Of the 29 government officers, airport officials and tourism and hotel industry representatives present at the meeting today, not one person represented taxi or tuk-tuk associations on the island.

“After much discussion today, we have agreed to launch the new bus service in two steps,” V/Gov Chamroen explained.

“First, on Tuesday next week, we will officially approve the new service from the airport to Patong only,” he said.

“The 24-seat buses will run every hour from about 6am, when the first flight arrives at the airport, to about 9pm,” V/Gov Chamroen said.

“Then, as our second step after the new service has launched, we will invite every affected party to join a discussion to resolve any conflicts,” he added.

“Every committee member agreed the bus service should go ahead… The new service will benefit the people of Phuket and tourists. They will have more choices in road transport at affordable prices,” Mr Terayout said.