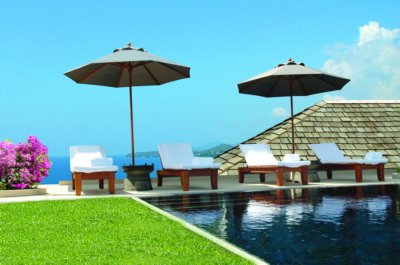 PHUKET: Transactions in Phuket’s luxury villa market topped 3.5 billion baht in the first half of 2009, according to figures just released by Phuket-based consulting firm c9 Hotelworks.

The report, ‘Luxury Villa Market Update Mid-year Edition’, defines luxury villas in Phuket as those with price tags of 65 million baht (approx US$ 1.9 million) and above, and puts the value of the island’s current inventory of such villas at 10 billion baht – with 19 of the top-end properties having been sold between January and June, and 92 units currently for sale.

According to the report, resales of luxury villas are becoming a significant segment, with over 1 billion baht in transactions by mid year. High-end products are outperforming the broader market, despite recovery prospects for the overall property market having been set back to 2011.

The full report, including an analysis of current supply and demand, can be viewed here.