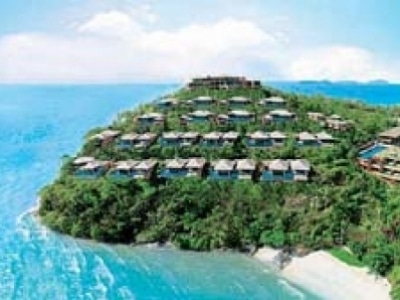 PHUKET: One of the island’s most luxurious lodgings says it’s ready to pilot daily minimum wages of 300 baht, after the government named Phuket as one of six provinces (along with Bangkok) where higher pay will be introduced first.

Songkran Issara, the managing director of Charn Issara Development, which runs the Sri Panwa resort at Cape Panwa, said the company was ready to support the government’s policy because in Thailand there was a large wage gap between people in the lower end of the workforce and those in higher positions.

Mr Songkran said that most of their employees already received more than 300 baht a day anyway and the company would not be unduly affected by the policy.

Employee wages account for 50 per cent of costs in the hotel business, he said.

However, higher wages are likely to have an impact on other industries, particularly small and medium-sized enterprises, he said.

Nevertheless, Mr Songkran said he was confident that the government’s policy to lower corporate tax from 30 per cent now, to 23 per cent in 2012, and 20 per cent the following year, would help operators shoulder the burden of higher labor costs.

The government has announced it will launch the policy in six provinces and Bangkok on January 1, 2012: Bangkok, Phuket, Samut Sakhon, Pathum Thani, Samut Prakarn, Nonthaburi and Nakhon Pathom.

These provinces already have the highest wages in the country, with minimum pay at 221 baht per day in Phuket, and at 215 baht in the others.

Later, the policy will be rolled out to the remaining 70 provinces.

On October 15, the government will present detailed plans to the Tripartite Wage Committee – the council comprising government, business and labor representatives that approves wage changes.

Phuket Island View – Soi Dog in it for the long haul