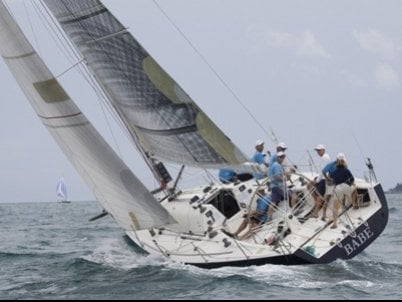 PHUKET: SIX Senses Phuket Raceweek began last night with their themed Carribean launch party. The eagerly awaited race schedule begins today at 10am on the waters off the Evason Phuket.

The regatta, recently bestowed the honor of Best Asian Regatta 2011, is the first event on the Asian Yachting Grand Prix (AYGP) circuit and the first opportunity for serious contenders to earn early points in the competition.

Neil Pryde will be competing in his second Raceweek. However, the Hong Kong yachtsman has surprisingly chartered the TP52 Team Premier, instead of competing on his own yacht Hi Fi. Pryde raced against Team Premier in his winning effort at the Sawadee.com regatta off Koh Samui in May this year.

Main rival and defending AYGP champ Ray Roberts has yet to confirm entry to this year’s Phuket Raceweek, at this late stage likely giving Pryde a clear head start in massing points for the 12-event AYGP circuit.

Also vying for top honors in the Racing Class will be David Ross on his new Ker 40 pure racing machine KukuKERChu with local skippers Mark Mizner on Babe, Ben Copley on Katsu and Scott Duncanson on Quantum Fusion M challenging their visiting rivals.

Paul Larsen is taking a break from his current attempt for the outright World Sailing Speed Record in Namibia to skipper Da Vinci, which will be sporting a brand-new set of Quantum Racing sails, the lack of which likely cost the crew a King’s Cup trophy in 2010.

Round-the-world yachtswoman and record-holder Dee Caffari takes the responsibility of Yachting Ambassador for the event and will also race with Grenville Fordham on the Andaman Cabriolet Nina, which won its class at the regatta on its first outing in 2009.

Firing up the competition on land will be co-sponsor Franke’s Yacht Chef Cooking Competition, in which seven culinary experts who normally prepare their feasts on the water will cook off against the clock. Their furiously prepared fare will be judged by celebrity chef duo Chef Fang and Chef Faifoo of Channel 5’s Krua INDY fame.

10am: Racing off the East Coast of Phuket

The Phuket Gazette are proud media sponsors of the Best Regatta in Asia.