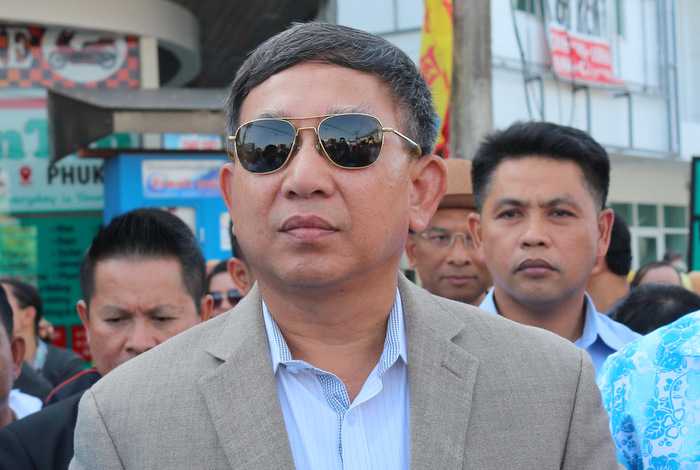 PHUKET: The Patong tunnel project, now slated to cost more than 10 billion baht, is to be accompanied by a flyover to prevent a bottleneck at the Thung Thong Intersection in Kathu, it was revealed on Sunday.

“Of the three options considered [story here], we have decided for the final plan to include the flyover,” said Aiyanut Tinaphai, governor of the Expressway Authority of Thailand (EXAT).

“The Ministry of Transportation assigned us to oversee the project two years ago. It has passed the Environmental Impact Assessment [EIA] and the final plan will be submitted to the EXAT board next month [story here].”

The final plan to be presented will be for a 3.98km stretch of road, 1.83km of which will be tunnel. It will have one lane both ways for cars and the same for motorbikes, Mr Aiyanat said.

The current estimated costs for the project has risen from 9.57 billion baht to 10.49bn baht.

Transport Minister Prajin Jintong, who was present at the meeting on Sunday outlining the major transportation projects on the island, encouraged private investors to take part in large infrastructure projects in Phuket.

“Big projects such as the Patong tunnel and the proposed light-rail project need a lot of money to come to fruition,” said Air Chief Marshall Prajin, who is commander of the Royal Thai Air Force.

“Private investors’ participation in development is important. Not only is there the opportunity of investment, but local businessmen can also feel a sense of ownership and responsibility for the project.

However, ACM Prajin rated local approval of the projects as most important.

“Local acceptance is very important. The project must not change their lifestyle, environment or culture,” he said.

The Patong tunnel project has been plagued with complaints from locals, many of whom voiced concerns of being forced from their ancestral homeland (story here).