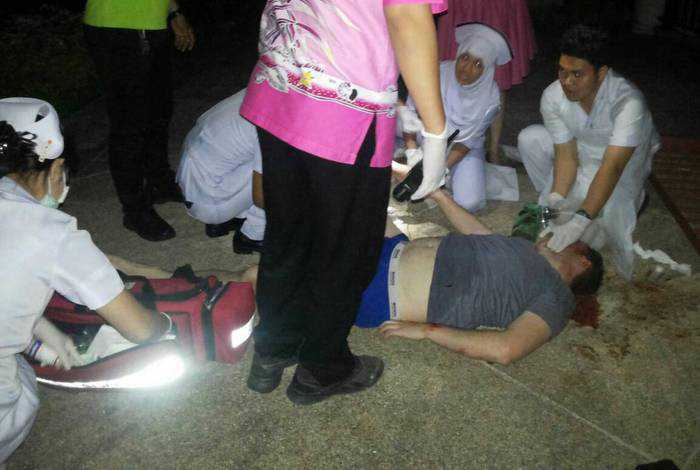 PHUKET: An Australian tourist has suffered serious head trauma after falling from a second-floor balcony at the Phuket Graceland Resort and Spa in Patong last night.

“Paul Hanson, Anthony Jones and Jean Cover, all 24 years old, were drinking on the balcony at about 9:10pm,” said Lt Col Pratuang Polmana of the Patong Police.

“Then something happened, and they all fell off. We are waiting for Tourist Police to talk to them to get to the bottom of this.”

Mr Cover was seriously injured and suffered head trauma in the fall.

“He was taken to Patong Hospital and is under observation,” Col Pratuang said.

“We have contacted the Australian Consulate in Phuket about the accident, so their families are aware of the incident.”

Phuket’s Patong tunnel project balloons past B10bn, to include flyover